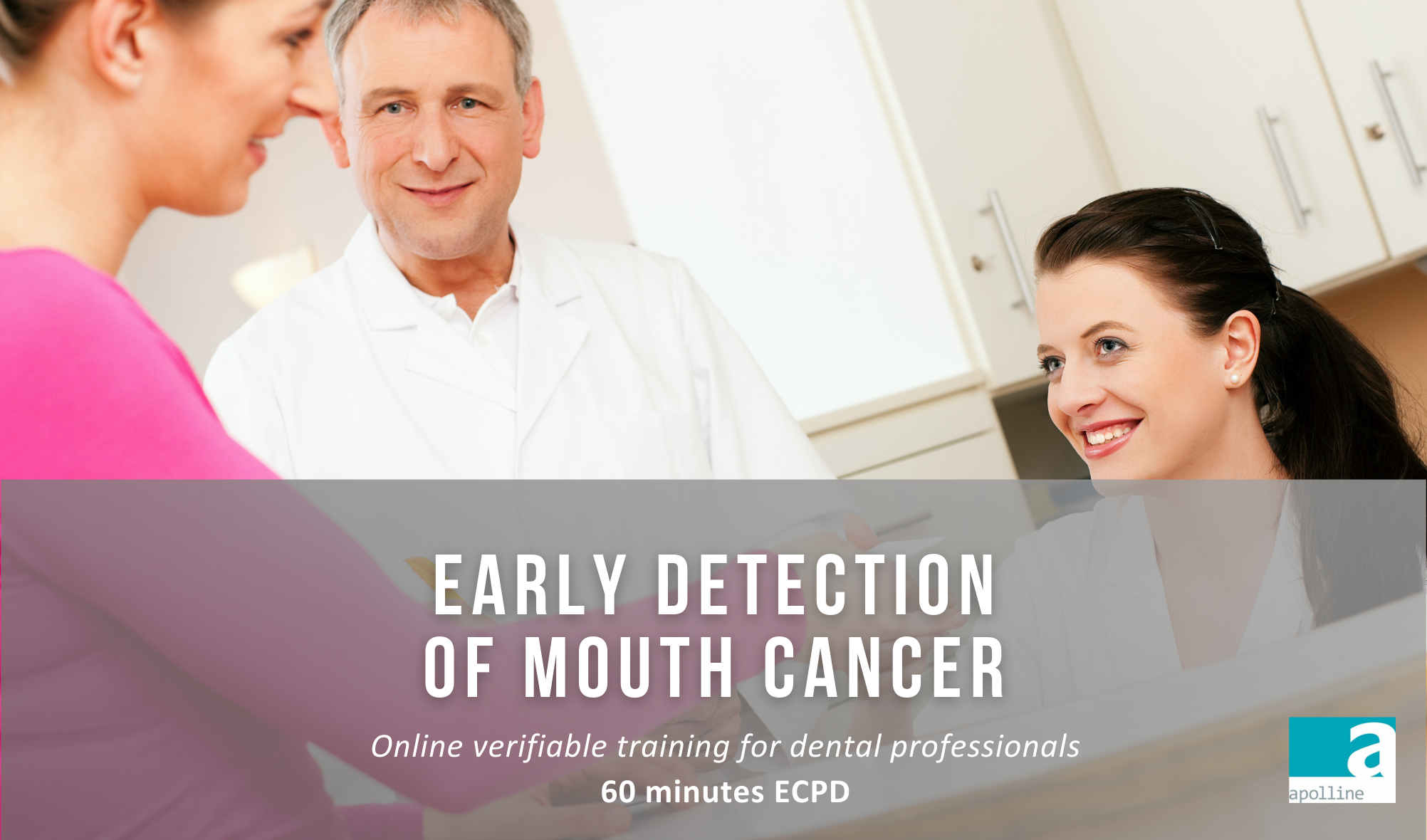 The early detection of mouth cancer is a ‘good news’ subject. The clue lies in the word ‘early’; because early detection saves lives. It doesn’t only save lives; it saves the quality of life both for sufferers and everyone around them.

All GDC registered dental professionals are required to undertake training in ‘Detecting Oral Cancer’ within their 5 year CPD cycle.

The aim of this course is to provide dental professionals with education and awareness in oral cancer screening for early detection.

The objectives of this online course are that learner understands:

Dr Philip Lewis, BDS.
Philip qualified in London in 1977. He has special interests in aesthetic dentistry and postgraduate education. He writes for the dental professional press and has had articles published globally. He has appeared on television and radio as media spokesman for the British Dental Association. Philip lectures on a range of clinical subjects, having given presentations in Romania, Pakistan, and the UK.
He serves on the editorial advisory board of national dental journals and maintains membership in global dental societies. Philips has gained several clinical and patient care accolades.
He has won the Independent Dentistry Postgraduate Commitment Prize, been selected as a finalist in The Probe’ National Dentist of the Year Awards and most recently was voted no 7 in Dentistry Magazine’s Top 50 Most Influential People in the Profession. Philip is the President of the UK charity, Mouth Cancer Foundation, and clinical lead of its Mouth Cancer Screening Scheme.

Our course material is both current and relevant; verified by leaders in the dental industry.

We use a combination of text, imagery, videos and presentations to help you get the most out of this course.

This course features documents for you to download and use in your dental practice.

Upon completion of the course you are required to complete a short feedback survey.

When does the course start and finish?

The course begins when you are ready. Although the course duration is 60 minutes, you can work at your own pace, and your progress is saved automatically.

How long do I have access to the course?

After you have successfully enrolled on the course, there is no limit on when you must complete the course by.

Does the course have a test?

Yes. There is a short assessment at the end of the course. You must achieve 80% or more to pass the course. If you do not pass, you have the opportunity to review the content and re-take the assessment when you are ready.

Does the course offer a certificate upon completion?