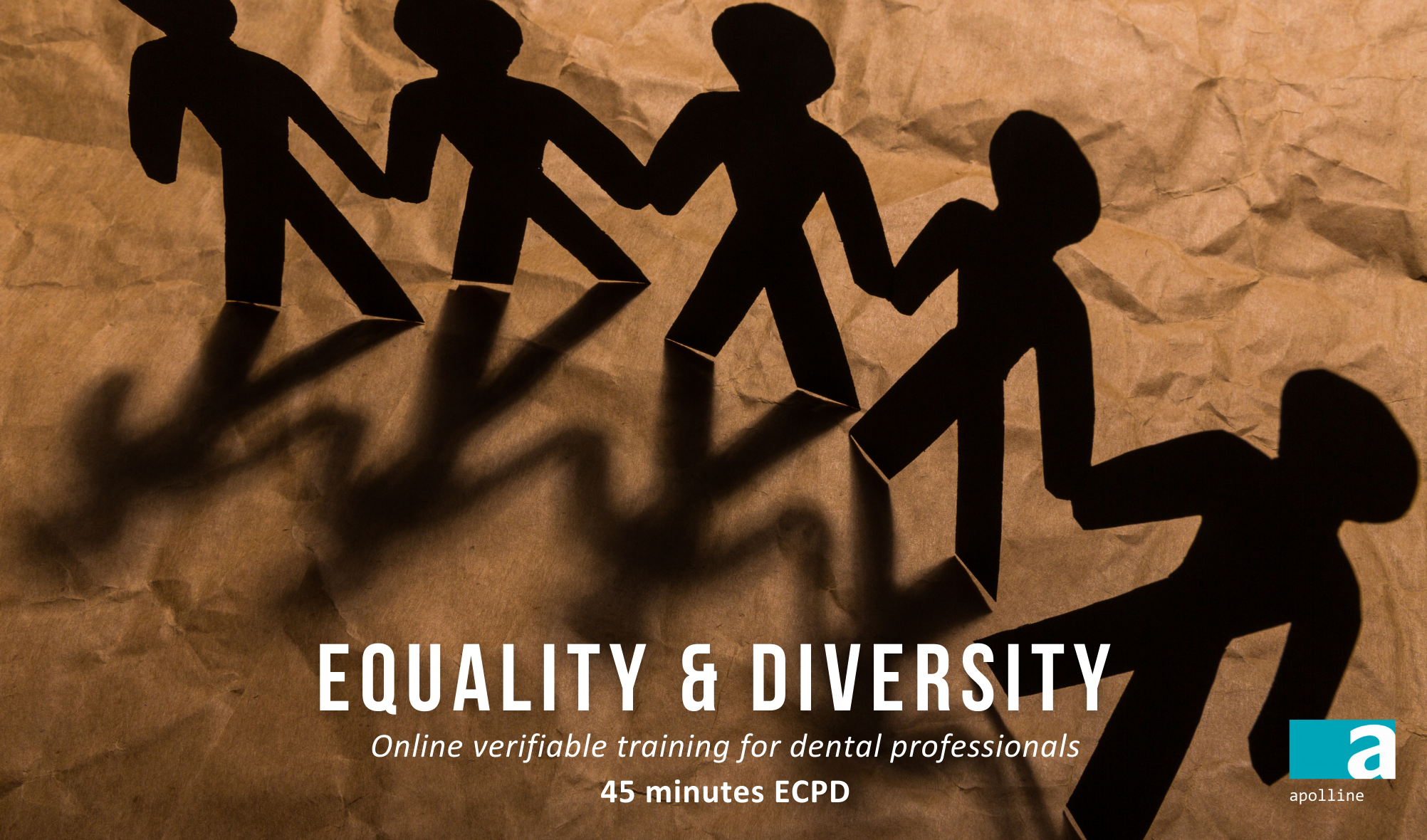 “I really enjoyed this course as it was well presented with clear concise information. Thank you.”

It was written to replace anti-discrimination legislation (such as the Race Relations Act 1976 and the Disability Discrimination Act 1995) with one piece of legislation which makes clear the role of organisations in protecting the rights of individuals against unlawful discrimination.

The aim of this course is to provide dental practices with an understanding of the Equality Act 2010 and how this applies to working in a dental practice.

This course is suitable for the whole dental team.

The aim of this course is to provide dental practices with an understanding of the Equality Act 2010 and how this applies to working in a dental practice.

The objectives of this online course are:

Our course material is both current and relevant; verified by leaders in the dental industry.

We use a combination of text, imagery, videos and presentations to help you get the most out of this course.

This course features documents for you to download and use in your dental practice.

Upon completion of the course you are required to complete a short feedback survey.

When does the course start and finish?

The course begins when you are ready. You can work at your own pace and your progress is saved automatically.

How long do I have access to the course?

After you have successfully enrolled on the course, there is no limit on when you must complete the course by.

Does the course have a test?

Yes. There is a short assessment at the end of the course. You must achieve 80% or more to pass the course. If you do not pass, you have the opportunity to review the content and re-take the assessment when you are ready.

Does the course offer a certificate upon completion?